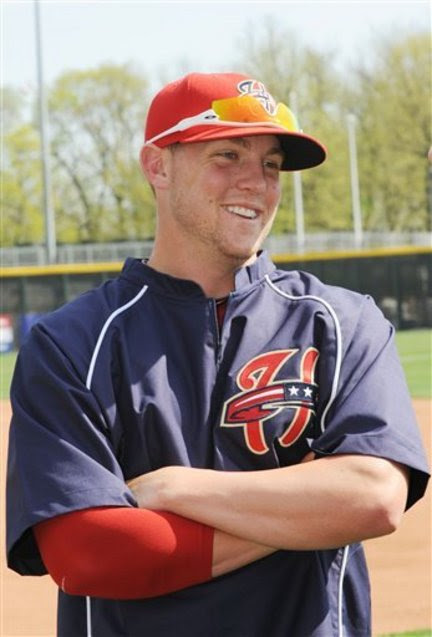 Storen came in the top of the 7th in tonight's game against the Mets. After Blanco singled on a line drive and Alex Cora advanced him on a sac bunt, Storen entered the game with the score 5-2, Washington.


The first batter he faced was Jose Reyes who lined out after 3 straight fastballs from Storen topping out at 95MPH. 1 on, 2 out.


Storen's favorite thing to do is count on the defense of the players behind him and that's exactly what he did tonight when he faced his next batter; Luis Castillo. Three fastballs (95, 93, 95), a slider, and another fastball later (94), Castillo grounded out to Ian Desmond.


Storen was then replaced by his friend and Former Yankee, Tyler Clippard. The Nat's went on to win it 5-3 and Storen recorded his first Major League win.


Congrats to Drew!
Posted by Melissa at 7:01 PM