When Did Joe West Make the 40-Man? This Game is NOT About You!

What happened in today's game was a joke. Hawk has never been more correct. Not only was it a joke, but Joe West is a joke. I won't even bother going into the first alleged balk because anyone with eyesight could see it clearly wasn't.

The problem here is that Joe West doesn't know how to control his emotions, and he's the epitome of an "attention whore."
Before I get into the depth of it, let me just say this. Joe West is an umpire. He is ALSO a country music writer and singer. For the sake of passing on information and to further prove my point that he's loves the spotlight, I'll share the following. I've been told by more than a few media writers in the industry that Joe West has his own personal PR Agent. The media constantly gets emails offering interviews with Joe and ways to promote his music career. The girl in me would like to equate this to the huge douche, Wes, on The Bachelorette. His actions to get his name out there are to be kept off the baseball diamond. Plain and simple.
West who has a contract with MLB through 2014 proved today why he needs to stop calling games all together. I never dog on Major League umpires. I'm aware of how hard it is to get to the bigs as an umpire- some would even say it's harder than making it as a player, and they get paid less than a league minimum player would (300k a year at the most). However there comes a time after 32 years when it's just simply time to stop calling balls and strikes. When you're blowing calls, taking vendetta's with managers out on mild-mannered pitchers, and being an all around side-show, it's time to retire.

I never go to the game excited to see the umpires. I'd venture to say that 99.9999999% of fans don't go in hopes of seeing a great call by the home plate umpire. However, ALL fans go to the game to see the players PLAY. He ejected Buehrle on a BS call (he didn't eject him for balking.. he ejected him for "throwing" his glove after the 2nd balk he called on the same pitcher who had only one balk called on him previously in the last 3 years. Buehrle also has one of the best pick-off moves in the AL and its the same move he's been using his entire career).

The problem here is as follows:

1) By ejecting Buehrle after 2.1 innings pitched, he forced the White Sox to tax their bullpen, going into the Tampa Bay series with tired arms.
2) He significantly could have altered the mood of play of the players to feel as though they had no control over the situation at hand with the game being ruled by overly pompous umpires.
3)He took his emotions out on a manager that he openly dislikes. He didn't call the balk on Buehrle, he called it on Ozzie who he had already ejected.
4)He made the game about himself, which is disgraceful, disrespectful, and wrong.
5)Buhrle never balked.

I'd like to concentrate on point 5. MLB outlines 13 different rules on what is and isn't a balk. Basically it's when a pitcher intentionally tries to deceive a base runner while pitching. There are 1000 different situations in which this can happen, but we'll concentrate on today's problem. Reviewing the clips, the main argument was whether Mark's right leg was taken too far back, crossing either the left leg planted on the rubber, or the plain of the pitching rubber on the mound. After clear review it is obvious that neither of these things happened. Mark's knee crossed his mounted leg, but his foot did not. After talking to fellow umpire, Michael Frain, there are also a few other points that could allow West to have called a balk the 2nd time, but both can be laid to rest by simple rules. They are as follows:

(Via Michael)
1. A left-handed pitcher should NOT be called for a balk for closing the front shoulder (only a RHP should be called on it)
2. The 1b umpire does not have the correct angle to judge a shoulder movement - that is completely and SOLELY the plate umpire's coverage

With that being said, I went tech-savvy and took frame by frame pictures of the series of events that lead to Mark's second called balk. Enjoy :) Because of the way this site is set up, I only included three frames, but if you want the rest, you can email me and I'll foward them to you. 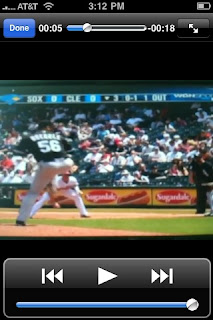 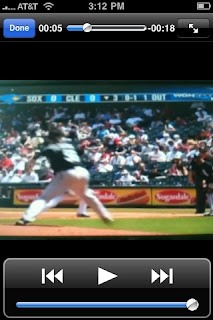 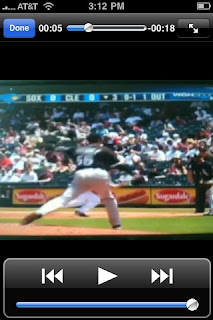 You can cleary see where Buehrle's foot never crossed either his left leg or the rubber. Not a balk. Signed. Sealed. Delivered.

Now when is MLB going to do something about these umpires? This isn't the first time West has made sure he's been in the spotlight during a game. During the BoSox/Yankee's series West had to make sure everyone was listening when he complained about the pace of the game. I'm not sure when he thought we cared about his opinions outside of the ballpark, but it was completely unacceptable.

Any time a player, coach, manager, or umpire brings unrelated vendetta's into a ballgame and uses them to directly influence the outcome or put a team at a disadvantage he needs to be fined, suspended, and depending on repeated offenses and the circumstances, even forced to retire or fired.

When a player starts showing signs of depreciation or lack of respect in a disgraceful way he is sent down, traded, put on waivers, released, what have you. There is no system in place like that for umpires like Joe West. Talk about tainting the game. Whatever problems an ump has with someone on a team or in a franchise, it's his DUTY and JOB to to bypass such feelings and do his best to call a fair game. He has a responsibility to the fans, players, and everyone else in the MLB to do what's right, and if West isn't held accountable for his actions, then I've lost a little bit of respect for the MLB.
Posted by Melissa at 2:00 PM